How to Level Up from 60 to 70 in Neverwinter

From level 60 to level 70, you will have to face the horror of a long, difficult section meant to prepare you for late game content. This is the one point where your equipment will not scale as well, and combat will be difficult. So, are you still struck at level 60 and can’t figure out a way to level 70? No worries. Today, in this guide, we’ll show you what you should do to make your way from level 60 to 70. 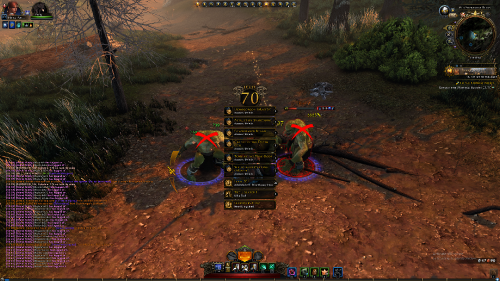 Also, a new quest opens given by Jarlaxle, who is standing near the giant front door of Protector’s enclave, near a wagon. Speak to him to initiate the Vault of the Nine quest, which rewards you with your class artifact. Once you complete it, every new character you make now can claim their own copy of that artifact from the Reward Claim Agent in PE.  You might need a friend to help you if you run this at level 60.  It is a lair that boosts you to 70, but you will be weak against the level 70 mobs inside.  It’s worth it, though!

At Level 64, head back to Sgt. Knox and get the Mystery of Sharandar quest. This leads to the Sharandar campaign and your next source of boons and other goodies. If you start this at 64, you can have one or two boons at least by the time you get to 70. It’s also time-gated, so it’s something you can do a little bit of each day to progress. The boons are terribly slow to pick up, and purchasing the armor and weapons only slows that down more, but you will have to gauge your style of game play and your character class to figure out if you need to do that or not.

At 67 you can start the Spinward Rise portion of the Elemental Evil campaign. If you don’t have an Ensorcelled Mulhollorand weapon set, I suggest you complete the main quest line in this zone. The reward at the end is your first artifact weapon, and it’s relatively easy to get. Also, the gear set you get here can carry you over until you start getting gear from seals. If you do have the Ensorcelled set, you can skip this and just go for some of the other artifact sets in the game, it’s up to you.

Ok, after all the above mentioned is done, you must be able to level at 70 in Neverwinter. Hopefully, this guide could help you level up quickly. Pointssale.com Neverwinter 2019 Guide recommend you to Buy Neverwinter Zen PS4 from our store.